The big headline out of “AKA Jane Roe” is McCorvey’s assertion that she was paid by anti-abortion activists to switch her position on reproductive rights in the mid-1990s. “It was all an act,” she says in the documentary, of her much-ballyhooed about-face — which had been attributed to her becoming a devout Christian — proclaiming herself to be a “good actress.”
McCorvey — who died in 2017, at age 69 — defiantly states that she doesn’t care what people think of her. She was, to be sure, a complicated figure — one who says she never actually had an abortion. Growing up under hardscrabble circumstances, she faced an unwanted pregnancy when she was recruited to serve as the plaintiff in the landmark case, only later shedding her anonymity to be embraced as an icon of the reproductive rights movement.

McCorvey later shocked her allies by declaring herself born again, switching her allegiance to the anti-abortion-rights group Operation Rescue. It was only the latest wrinkle in what a news report described as “the furious battle that rages around all her name has stood for,” but not the last one, given what she reveals during the interviews conducted over the last year of her life. (Operation Save America, an anti-abortion group formerly known as Operation Rescue, has denied McCorvey was paid by that group.)

Sweeney has a great deal of ground to cover, going back and forth between the macro issue of abortion and McCorvey’s personal tale. If she was a less-than-ideal fit for the spotlight, as one abortion-rights advocate notes, only someone with limited options could have fulfilled the role that she did in arguing against Texas’ restrictive abortion law.

Physically fragile and ill near the end, McCorvey also sounds relaxed and unafraid to speak her mind. “Her whole life was an attempt to tell her real story,” says Rob Schenck in the film, an evangelical minister who made his own dramatic shift — from anti-abortion crusader to supporter of the rights made possible by Roe v. Wade — adding that he hopes the film creates a posthumous opportunity for her to do so.

Like everything else surrounding abortion, how people see “AKA Jane Roe” will surely be shaped by the ideological prism they bring to it. As Sweeney told the Los Angeles Times, “With an issue like this there can be a temptation for different players to reduce ‘Jane Roe’ to an emblem or a trophy, and behind that is a real person with a real story.”

To hear McCorvey explain it, she believed that she was being used for a price, although her version of those events raises separate questions about her credibility. Not surprisingly, advance coverage has already generated criticism of the film from anti-abortion activists.

“AKA Jane Roe” doesn’t necessarily ask the viewer to like McCorvey; rather, the goal, mostly accomplished, is to present a clearer sense of the unlikely personality at the center of this polarized debate, with all the messy contradictions that her legacy entails.

US President Donald Trump calls PM Modi to invite him for...

When Rashmika Mandanna went on a solo trip to Venice 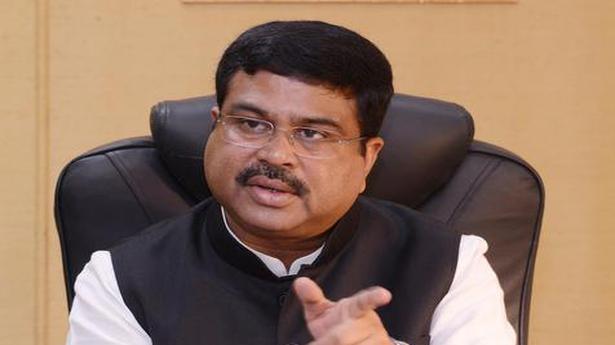