TSM ENTITY topped the standings after 5 matches on Day 3 of the PMPL South Asia League 2020 after claiming Chicken Dinner in the 3rd match of the day.

Team GodLike claimed the Chicken Dinner in the first match of day 3 of the PMPL South Asia League 2020 on Friday with 11 kills ahead of Fnatic and Orange Rock.

GodLike grabbed 31 points in the first game followed by Fnatic with 22 and Orange Rock with 16 but both had lesser place points than GodLike with 9 and 15 respectively.

GODLIKE’s GODLSmxkieOP with 4 kills, 401 Damage and 3 headshots was the best player of the match. GodLike is an Indian PUBG Mobile team, Owned by a popular PUBG Mobile player/streamer KronTen. GodLike has various achievements in the past tournaments where the team never disappointed their fans and showed impressive gameplay to the audience.

Orange Rock became the second team to claim the Chicken Dinner on day 3 of the PMPL South Asia League 2020 as they put in an improved performance after 3rd position in 1st match.

Orange Rock earned 29 points in the second game followed by MegaStars with 20 and Fnatic with 15 but both had lesser place points than OR with 9 and 14 respectively.

Orange Rock is one of the Top Rated Indian PUBG Mobile team who has played a total of 1872 matches to date and won 855 of them. The Team also has a considerable fan base on Instagram handle @orangerockesports. Most recently, DaljitSK also joined the team to occupy the role of the sniper in the team.

TSM ENTITY became the third team to claim the Chicken Dinner on day 3 of the PMPL South Asia League 2020 as they put in a mindblowing performance in Vikendi.

TSM ENTITY earned 33 points in the third game followed by Celtz with 25 and GodLike with 17 but both had lesser place points than TSM with 8 and 16 respectively.

TSM ENTITY had won the championship and unprecedented prize money of Rs 1.3 Lakh at the India Today League PUBG Mobile Invitational that was held over four days from April 23 to 26. TSM ENTITY won 3 Chicken Dinners, including 1 on the final day, to finish with a massive lead over the chasing pack.

Marcos Gaming became the fourth team to claim the Chicken Dinner on day 4 of the PMPL South Asia League 2020 as they put in an all-round performance in Erangel map.

Marcos Gaming earned 30 points in the fourth game followed by vsgCRAWLERS with 24 and SouL with 18 but both had lesser place points than TSM with 6 and 12 respectively. Marcos Gaming’s SHADOW was the Most Valuable Player of the match with 3 kills and 523 Damage.

Elementrix became the final team to claim the Chicken Dinner on day 3 of the PMPL South Asia League 2020 as they put in an all-round performance in Sanhok map.

Elementrix got a very competition from MegaStars (20 points) and Synerge 18 points. Earlier, Megastars have lost in the final battle against ORANGE ROCK in the match 2 of Friday.

Get real-time alerts and all the news on your phone with the all-new India Today app. Download from

Unlock 1.0: COVID-19 is increasing in India after we are opening... 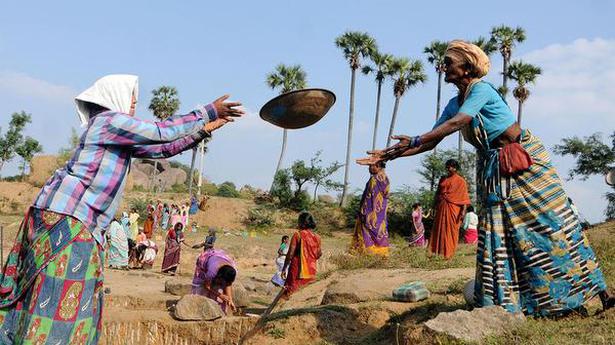 Exclusive! “Will need supervisors to ensure rules are being followed”, says...

‘Stay Away’: German Fans Warned Ahead of Bundesliga Restart

Would like to get Virat Kohli out: Steve Smith opens up...